Don’t Worry Southern Baptists, Jesus was a Sinner too

Of course, we are not surprised. Rev. Thomas Doyle, a priest and former high-ranking lawyer for the Catholic Church was one of the first people to blow the whistle on instances of sexual abuse within the Catholic Church. According to him, they “lied about it … covered it up and ignored the victims”. He  added that he “saw the same type of behavior going on with the Southern Baptists.

What is kind of annoying about this is that, when it comes to Christians who are self-righteous, homophobic bigots; many Southern Baptists are known to be some of the worst. Remember Westboro Baptist Church? And the pastor who celebrated a mass-shooting in a gay club, while being guilty of actual sexual misconduct himself.

And unfortunately, it’s not just the Christian church that has been plagued by lies, corruption, sexual misconduct, abuse and greed. Although westerners tend to think that eastern spiritual traditions have it all figured out, the more I’ve learned about it, the more I’ve learned that there are just as many greedy, philandering gurus as there are Christian preachers. Just recently there was the documentary about the guru known as Osho, which exposed his less-than-proper conduct. And I’m also reminded of Chogyam Trungpa Rinpoche, who was a revered Tibetan Lama, but also an abusive drunk. Sadly, we flock to priests, preachers and gurus in search of answers on how to transcend the ego; only to find that – on their worst days – they are just as caught up in the ego as anyone else. Even on their best days, they have not yet overcome their “humanness”.

And I suppose that I can’t really judge as I have not yet attained my black belt in “holiness” either. I have done some stupid things in my life for really stupid reasons that make no sense to me. I often give in to my urges and addictions. Sometimes I feel the need to prove myself to people who don’t care about me. Other times I treat the people that do care about me like shit. In moments of anger I say hurtful things even though everything in me knows that I shouldn’t say it. And if I think about it, this is probably the main reason why I’ve been on this so-called spiritual path. Because sometimes I really just don’t like myself and I want to become “better”. 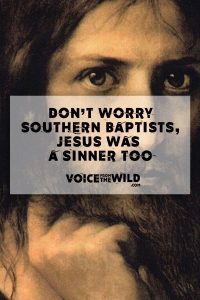 But that then raises the question: Do people actually get “better”? We’ve seen time and again how even some of the most revered spiritual leaders lie, steal, abuse and corrupt. When you spend enough time around religious or spiritual people, you’ll find that, more often than not, they’re the biggest sinners and hypocrites out. This might seem like a paradox at first, but it actually makes perfect sense. Because like I said, probably the main reason why anyone would become interested in spirituality in the first place is because, on some level, they know that they’re a mess and they want to become better. The monk who sold his Ferrari did so because his frantic lifestyle would’ve killed him otherwise. I’m also reminded of Jesus’ words, “It is not the healthy who need a doctor, but the sick.” We seek out a spiritual path because we want to be “better”. Maybe later on we realize that there’s more to it, but mostly that is the main reason.

But if Christian preachers and Tibetan Lama’s can’t even get their shit together, then what hope is there for the rest of us? I find myself asking, if one carries on down a spiritual path for long enough and with enough dedication; is there ever a point where you become born again or reach Nirvana or whatever you want to call it and finally see through the ego’s illusion? And if so, are there people, like Jesus or the Buddha for instance, who actually got to such a place?

Could there really be a person that one might consider to be a “perfect” human being?

The belief that Jesus Christ was fully human, but also the incarnation of God in some special sense inspired the notion that he was a “perfect” human. But this is an oxymoron of epic proportions, because of course we know that there’s no such thing as a “perfect human”. By nature, human beings are flawed creatures. At some point or another we’re going to make a big mess of  something no matter how hard we try not to. So, if we take away any notion that Jesus was flawed in at least some way, then we also take away his humanness. And then we end up with someone who was nothing more than some kind of robot or something.

Are we really to believe that Jesus never jerked off, never told a lie and never made a mistake that he had to apologize for later? Are we to believe that Jesus never started an argument based on a false assumption or let his pride get the better of him; resulting in him losing his shit at some annoying jerk who cut him off on a donkey? Are you going to tell me that Jesus could turn water into wine, yet he never did so to impress his friends and then got totally drunk and did something really stupid? Come to think of it, this Jesus doesn’t seem very interesting at all. He actually seems pretty boring.

I’m not saying that’s it’s cool to be destructive or behave in a way that is irresponsible. But what I am saying is that – at some level – everyone is an asshole; everyone is a sinner and everyone is a massive hypocrite. And if any human being claims to be “without sin” or “perfect” then they’re lying or they’re not actually a human being at all. And I’m sorry, but in my mind, Jesus Christ is no exception.

These are important questions to ask, because it brings us back to why the Catholic Church and, more recently, the Southern Baptist Church lied and covered up instances of sexual misconduct. It isn’t easy to admit that Christians – even Christian leaders – can be really fucked up human beings. It’s much easier to lie about it and cover it up. Christians put Jesus on a pedestal and they view him as a perfect human. They also view perfection as something to aspire to. But the pursuit of perfection is an impossible pursuit and just results in a lot of guilt. And instead of admitting that we are flawed, we often try to cover it up, but that never solves anything. If these priests and preachers admitted to themselves and others that they had issues, maybe they wouldn’t have done what they did. Instead they denied their sexual urges, causing it to fester and corrupt their souls even more.

In light of this, maybe it’s time we let go of the notion that Jesus was perfect. Then we can let go of the notion that perfection is even possible and something we can attain. If we admitted to ourselves that we are flawed and that it’s okay, then we’re able to admit it to others too. And if there’s no more need to cover up our imperfections, maybe we can begin to work with it more effectively.