Is it Time to Leave South Africa?

The other day, my girlfriend and I had a conversation about emigrating. And it’s not because either one of us wants to leave South Africa; in-fact, we really don’t. At this point, I wouldn’t even say that we are seriously considering it. As much as we don’t want to be pessimistic we don’t want our heads buried in the sand either, so we had the conversation non-the-less.

I’ve been doing some work for a U.S. based immigration firm and what I have learned is that the EB-5 visa seems to be the most popular visa for South Africans wanting to emigrate to America. The EB-5 visa caters for people with money. Basically, if you have $500 000 to invest into the American economy, Mr. Trump will welcome you with open arms. The fact that the EB-5 is the most popular visa tells me that, not only are loads of people emigrating, but it’s people with money. And when money starts leaving a country, it’s not a good sign.

Of course, we know that money has been leaving South Africa for a long time now; that is, the money that hasn’t already been been pissed away or stolen by incompetent or corrupt politicians. This makes me angry; I’m angry about the fact that my girlfriend and I even have to have this conversation. I’m angry that we must be afraid that we or someone we love might fall prey to violent criminals. It makes me angry that the leaders we chose and entrusted with everyone’s best interests, ended up having nothing but their own best interests at heart. I’m angry that we have been sold out to villains who, in true villain style, wanted to “take over the world”, starting with South Africa; sucking it dry until there is nothing left. And what probably makes me the most angry is that no one seems to be taking responsibility. Everyone is blaming someone else. Many whites blame the blacks and many blacks blame the whites. And political parties point fingers at each other like a bunch of fucking children crying over whose fault it is.

Anyway, enough with the rant. Let me get on with it. 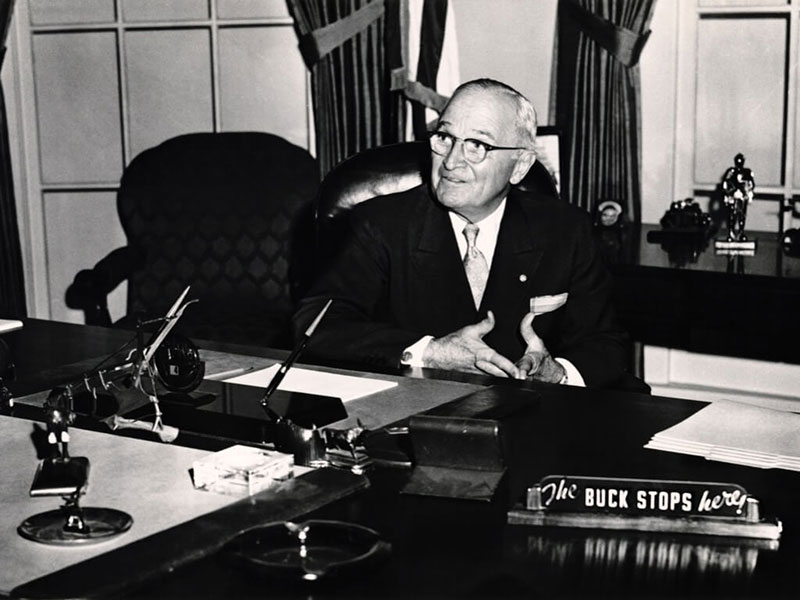 This made me think about a lot of things, but mostly about responsibility. Harry S. Truman, the 33rd president of the United States had a sign on his desk in the Oval Office saying, “the buck stops here”. The expression comes from poker, where a marker is used to indicate whose turn it is to deal. During the American Frontier era, a knife with a buckhorn handle was often used for this purpose. If the player holding the marker doesn’t want to deal, he can pass that responsibility onto the next player; thus “passing the buck”. Therefore, by having this sign on his desk, Truman was essentially saying that he as the president would make the tough decisions and ultimately accept responsibility for those decisions. I love that and I think that most politicians can learn something from that. You see, when you’re in a position of power, you don’t have the luxury of passing the buck. Unfortunately, this does not seem to be the case in South Africa; here everyone seems to be passing the buck, especially those in power.

But this made me question myself as well. I find myself asking, amidst this culture of buck-passing, what will I do with the proverbial buck? Because if I expect politicians to live by the buck stops here philosophy, then surely I should too. I don’t judge anyone who has already emigrated or is planning to emigrate; I know that you probably had very good reasons for doing so and it probably wasn’t easy either. But I know for myself that it’s easy to become apathetic and resolve that there’s nothing I can do about it. However, it’s much harder to say that South Africa is my country too and I am as much responsible for its future as anyone else. It’s easy to resort to blaming and scapegoating, but what am I actually doing to make a difference?

There’s a metaphor in Buddhist philosophy called Indra’s Net, which is thought of as a net that hangs in the heavenly abode and stretches infinitely in all directions. At each juncture within the net hangs a glittering jewel. Another way to think of Indra’s Net is that it is like a spider’s web that, in the early hours of the morning, is adorned with glimmering dew drops. If we were to inspect one of these dew drops more closely, we would find that each dew drop contains within itself the reflection of every other dew drop. This metaphor is symbolic of the interconnectedness of everything; it illustrates the idea that nothing exists independently from anything else, but that everything in the cosmos is a reflection of everything else. Therefore, everything in the cosmos, including you and I, IS everything else. 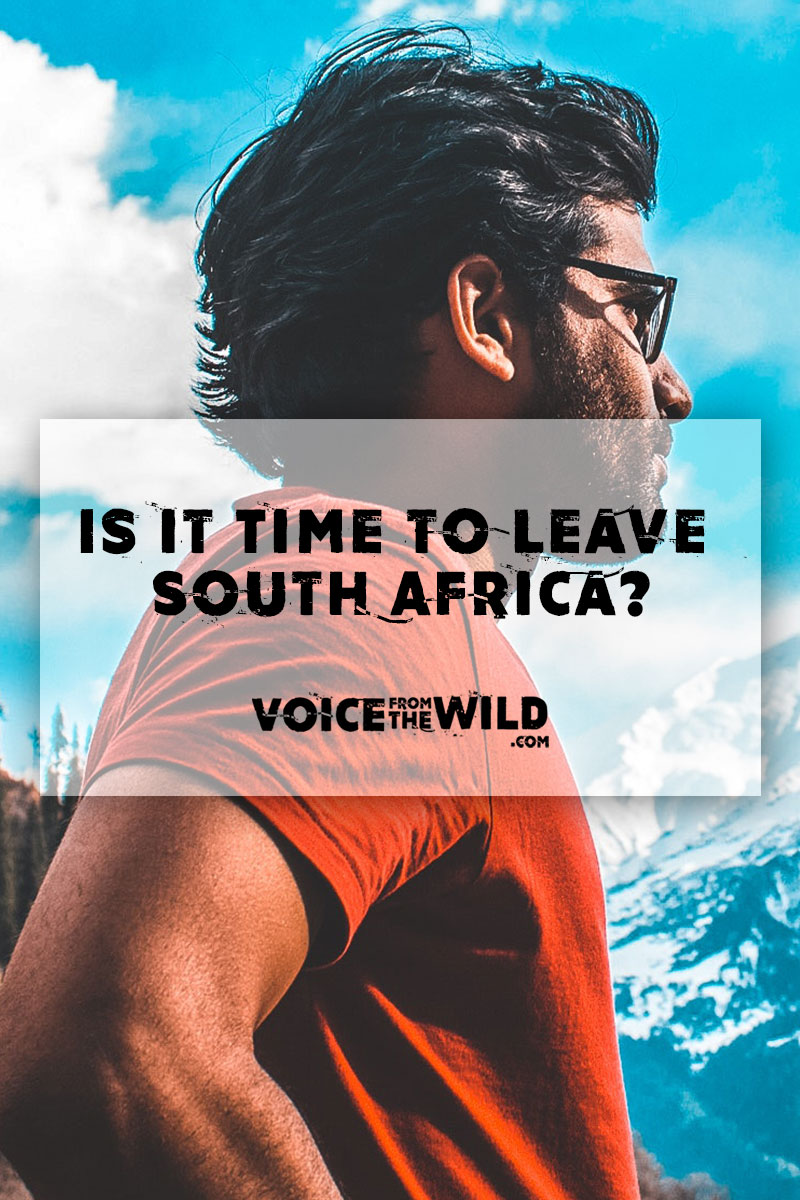 I once heard a story about a white man who moved his family to Hillbrow, which is infamous for being one of the most dangerous neighborhoods in South Africa. He did this because he felt that he could make a positive difference in the community. When he was asked whether he was worried for the safety of his family, he answered, “why is it okay for other children to live in Hillbrow, but it’s not okay for mine?” I remember being inspired by these words and I think that this guy got it. He didn’t make a distinction between “his” children and “their” children; he only saw it as “our” children. In essence, he was saying that the children in Hillbrow is as much his responsibility as his own children, because we are all connected.

What would happen if we all adopted this attitude? Would it be so easy to pack up and leave South Africa with no regard for those we leave behind to deal with the shit? What if we all took responsibility, not only for ourselves and our own families, but for everyone else and their families too? 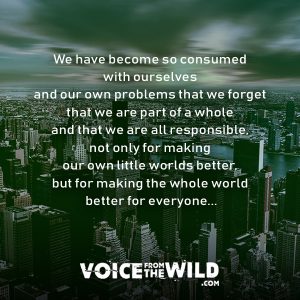 Unfortunately, we generally don’t see it that way. We have become so consumed with ourselves and our own problems that we forget that we are part of a whole and that we are all responsible, not only for making our own little worlds better, but for making the whole world better for everyone. And the only way we can do that is to honor that responsibility, while not neglecting to keep others, like our leaders, accountable too; to not get caught up in the blame game, but to realize that, as far as my own happiness and success goes, the buck stops here.